Shock City Studios is located in the Polar Wave Ice & Fuel Building, a former ice manufacturing and storage plant in the historic Benton Park neighborhood of St. Louis, MO. The plant was built in 1927, then fell into disrepair and partial collapse in the late 1940s after the plant ended operations.

In 2009, Shock City Studios led the way in the building’s extensive renovation and restoration under the leadership of Operations Manager Doug Firley. These efforts ensured that the building’s St. Louis wire-cut brick exterior and warehouse windows retained its original character, while its industrial looking interior spaces and high-capacity utilities are suitable for modern needs. After completion, Shock City became the cornerstone tenant of the Polar Wave Ice & Fuel Building, sharing it with a restaurant, offices, an aerial arts studio and loft-style townhouses. As a result of the redevelopment work, Shock City Studios has been honored with architectural design recognitions including Mix Magazine’s “Class of 2009 Studio Design Award,” a Keystone Award for “Construction Excellence” and a “Creative Renovation” award from Construction News and Review. 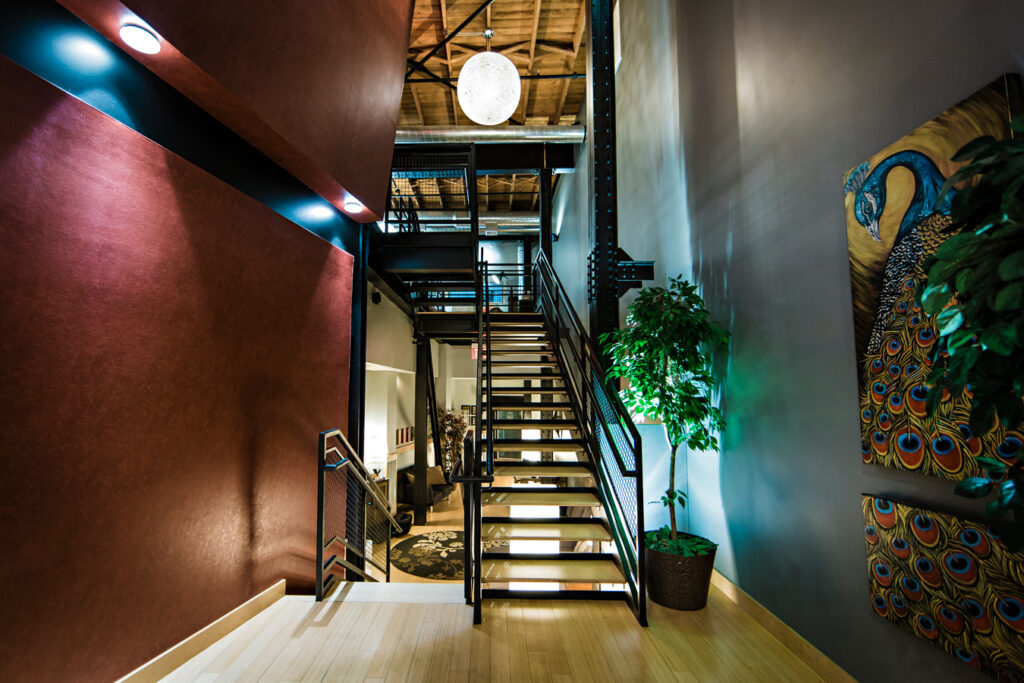 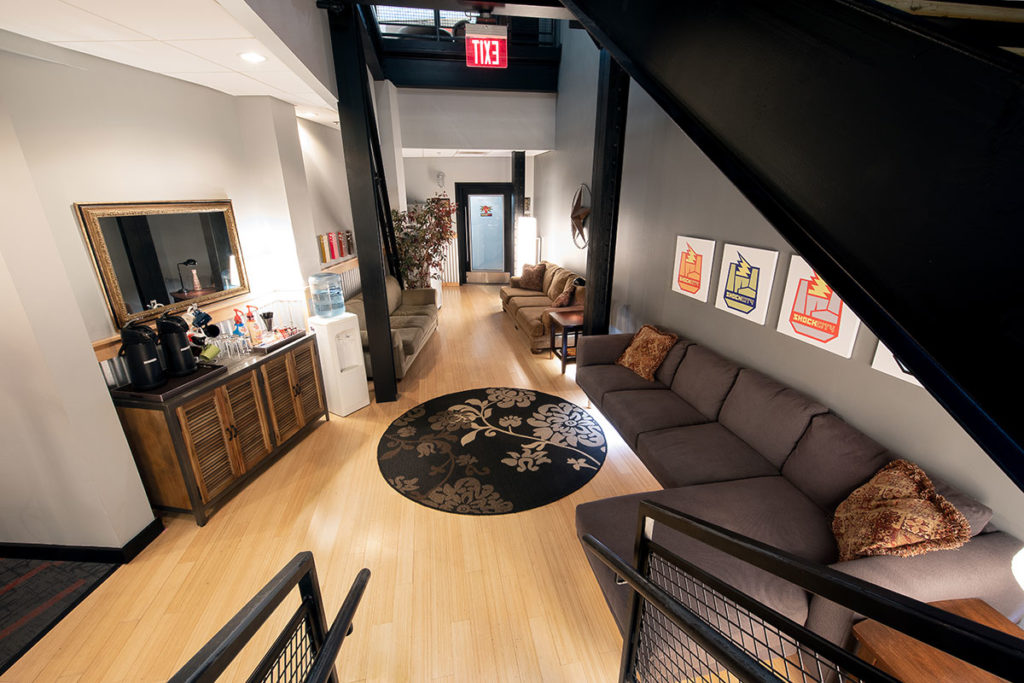 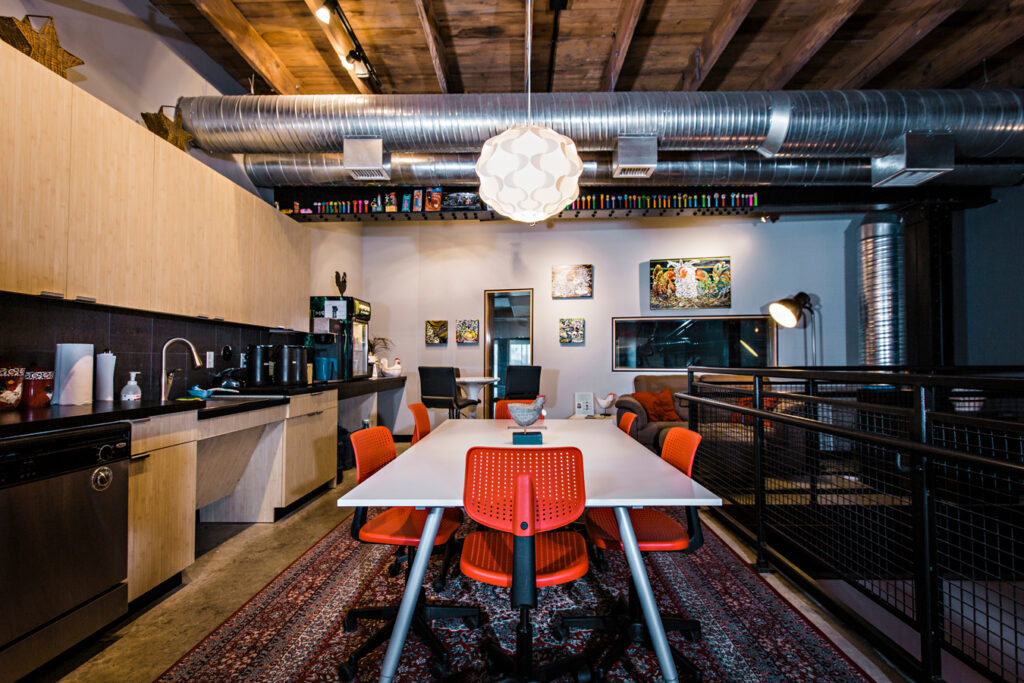 Shock City knows that flexibility, inspiration, privacy and functionality are crucial to our customers. The studios are thoughtfully arranged within an artistic 5,200 square feet layout, making it the largest recording facility in the region. They have a secure entry, extensive soundproofing and frosted glass doors to ensure privacy and limit distractions. The lounge, kitchen, conference room and studios comfortably accommodate large recording groups, while the staff is happy to provide concierge service for specific needs.

The kitchen is located on the mezzanine level and overlooks the artist lounge, plus a small local restaurant is located downstairs. Shock City guests are encouraged to bring food, plus the staff can arrange for meals and snacks to be delivered. The kitchen has a long countertop, café tables and seating, a refrigerator, ice machine and microwave. It also has complementary coffee, tea and Monster Energy drinks to help guests feel ready for a great recording session.

Comfortable sofas, mellow lighting and a drink station make our lounge a pleasant, relaxing spot to take a break, check messages and enjoy a cup of coffee.

“My stay was comfortable and I felt quite relaxed to create and get my ideas out. I’d recommend this studio hands down.”

This website uses cookies to improve your experience while you navigate through the website. Out of these cookies, the cookies that are categorized as necessary are stored on your browser as they are essential for the working of basic functionalities of the website. We also use third-party cookies that help us analyze and understand how you use this website. These cookies will be stored in your browser only with your consent. You also have the option to opt-out of these cookies. But opting out of some of these cookies may have an effect on your browsing experience.
Necessary Always Enabled
Necessary cookies are absolutely essential for the website to function properly. This category only includes cookies that ensures basic functionalities and security features of the website. These cookies do not store any personal information.
Non-necessary
Any cookies that may not be particularly necessary for the website to function and is used specifically to collect user personal data via analytics, ads, other embedded contents are termed as non-necessary cookies. It is mandatory to procure user consent prior to running these cookies on your website.
SAVE & ACCEPT

Have questions? Want to talk to a real person?